THIS WEEK’S HOSTS:
Niall McGowan and Jonfen Parker
of the Batman ’89 Minute

McClane, still barefoot, leaps up the stairs to the 31st floor. Cracking the door open, he sees Theo and Kristoff rolling carts through the hallway. McClane closes the door and heads up another level.

Back at the Nakatomi party, Karl is conferring with Hans. The crowd of Nakatomi employees are herded to the edge of the indoor pond with the henchmen shooting into the ceiling.

Holly and Takagi glare at him, stone-faced.

On the 32nd Floor, John enters an unfinished office area. Metal stud work outlines several rooms. Gun drawn, McClane looks for any of Hans’s men but sees the floor is empty. He finds an office phone on a construction drafting table, but it, too, is disconnected.

“S–t” says McClane, dropping the receiver. “Think!” he whispers, “Think!” He looks out the window and sees a woman chatting on a phone in a nearby apartment building.

Back in the Nakatomi Waterfall Room, Hans is holding a day planner in both hands, and seems ready to make a speech. He holds up one hand to silence the hostages, and holds up his day planner in his other hand to get their attention. 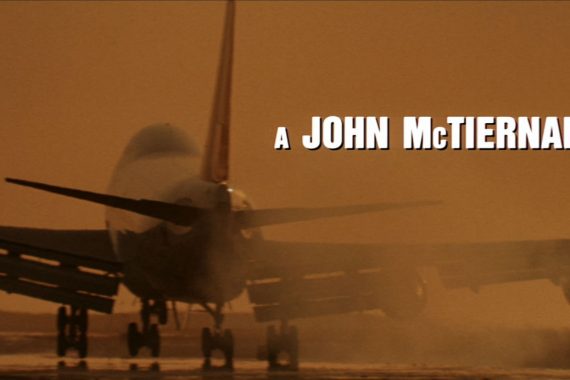 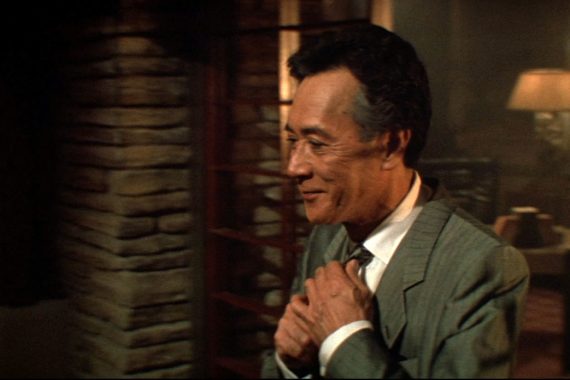